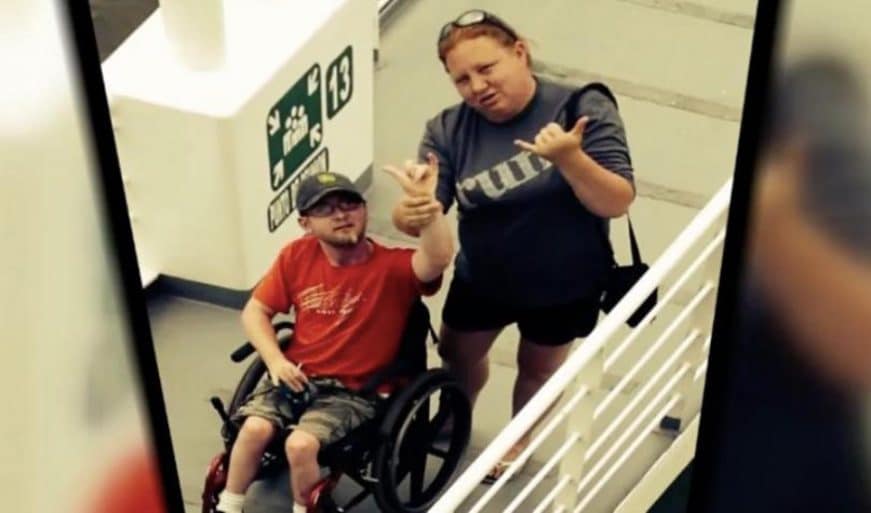 SPRINGFIELD, Mo. — Crissy Carsten’s career at Jack Henry keeps her plenty busy. She builds data bases for banks across the country, almost always working much more than a 40 hour week. But it’s her volunteer work after hours that makes Crissy a remarkable “Everyday Hero.”

The woman who nominated Crissy for that honor from the American Red Cross is the volunteer coordinator at the Victim Center in Springfield, and a victim advocate herself. Paula Tindell says she is amazed at what Crissy gets done, because her life is so busy, even without volunteer work.

Crissy’s heart for helping people started showing up when she was just a little girl, inspired by the people around her. She said her grandparents were always very giving, and she wanted to be more like them. And she said she had to live up to her mom’s example, who “has always given and given and given of herself.” Then, along came Crissy’s two little brothers, and those nurturing tendencies really took root, especially when one brother was diagnosed with a rare genetic disorder, whose life expectancy was 18, but he just turned 29. Crissy says he inspires her daily. Inspiration that led to Crissy reaching out to help the organizations helping her brother. From the Ataxia-Telangiectasia or A-T Children’s Project to the Make-a-Wish foundation, Crissy became a tireless advocate.

Then, still just a kid, Crissy discovered her other great passion on the soccer field. She’s played since the sixth grade, refereed soccer games since she was 16, and now volunteers three times a week or more to coach the girls in her old soccer league. In addition to soccer advice, Crissy says she tells the girls, “we’re trying to teach you how to be leaders, be humble quiet leaders.”

Crissy practices what she preaches, during what now may be her biggest challenge yet, volunteering to help crime victims in the middle of a crisis. According to the volunteer coordinator at The Victim Center in Springfield, Missouri, Crissy always just quietly goes about her work. Work that can be emotionally difficult when you’re the first one to take that call for help from a crime victim. Crissy seems to take that difficulty in stride. She says, “people ask me all the time, how do you go to these terrible situations. I tell them you just need to be a decent human being, all you have to do is care.”

In four years, Crissy has logged more than 2000 hours on the crisis hotline, the front line for helping victims of crime who have no where else to turn.

The volunteer coordinator at the Victim Center says she believes Crissy has a special gift for helping people in crisis. Paula Tindell says, “I think she performs miracles, she is there a time that really could be their darkest hour ever in whole lives, she’s able to provide options, resources, support, hope.”

Crissy also helps train new volunteers, mentors new advocates, is quick to fill emergency vacancies on the crisis hotline, and coordinates fund raising efforts at her day job at Jack Henry. Crissy Carsten, living a life filled with service to others, that has certainly defined her as an everyday hero here in the Ozarks.