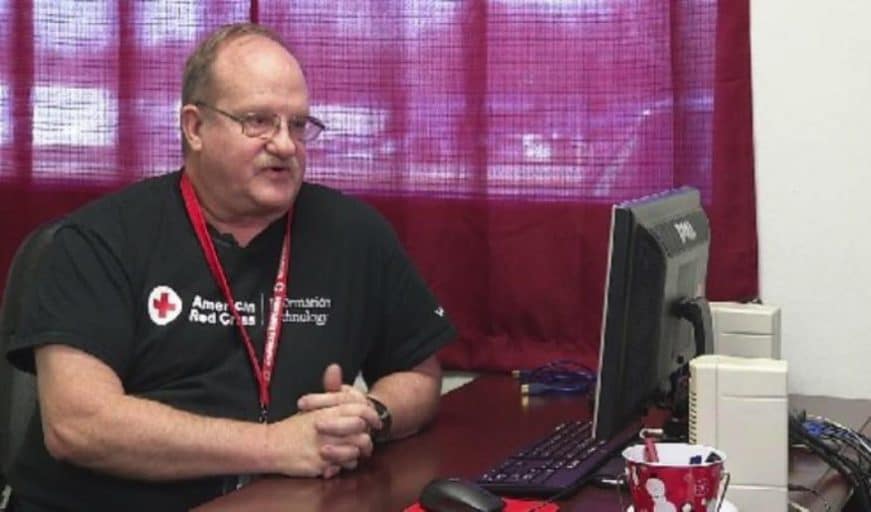 SPRINGFIELD, Mo. — This year’s Red Cross Volunteer winner of the Everyday Hero award is someone who, appropriately, is giving back everyday. Those who nominated him say he’s working hard to make communities in Missouri and around the nation, a better place.

Thomas Zeller is a busy guy. The Red Cross Volunteer has a lot on his plate, and in his office. It’s piled high with computers, cables, and tools. But, Thomas says, that’s how he likes it, “I’ve been here every day doing either IT work, case work, or both.”

Zeller volunteers daily at either the Joplin or Springfield offices. He’s one of only five people in the state who do disaster technology services. Also, he deploys often to disaster-stricken areas– six times just last year, including a two-month stint in Florida after the Hurricane. “As you went down toward the Keys, the destruction got worse.”

Zeller became disabled back in 2010. But, instead of spending all his days fishing, he decided to give back to an organization he’s been helping for years. But, he’d be helping a whole lot more. “The Red Cross responds 24/7.”

But, Tom, while he says he’s honored, also says he doesn’t do any of this to get awards. He does it for the people in his community, whether that be Springfield, Joplin, Missouri, or the U-S. “I really enjoy the gratification of helping individuals… Even though they lost their house, we can assist them in moving forward after their disaster.”

Stolting says he’s doing that every day, as an Everyday Hero, “I always say, everybody needs a Tom. He’s just an amazing volunteer.”

Julie says Thomas’s I.T. expertise is even more impressive when you learn that he’s self-taught.