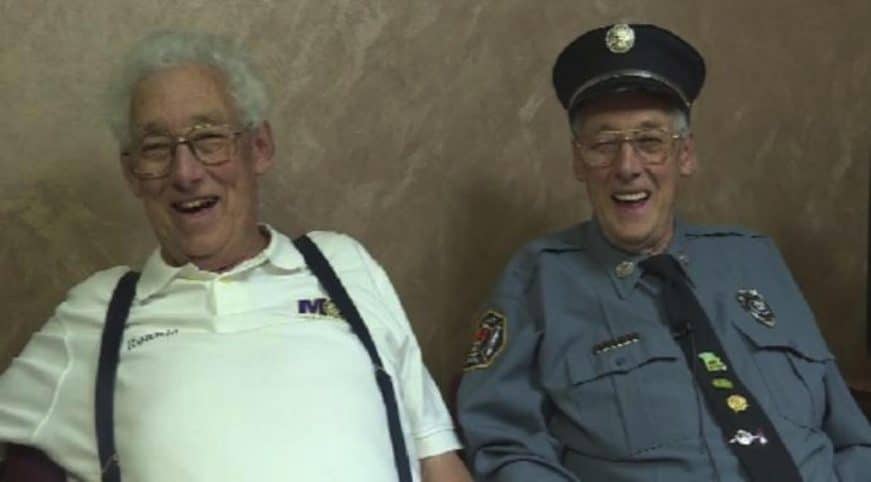 MT. VERNON, Mo. Mention the Wright Brothers, and you think of Orville and Wilbur, the aviation pioneers.

But in Mt. Vernon, it’s Ronnie and Donnie, twins known for their community service for more than half a century.

72 year-old Ronnie Wright has been driving a taxi in Mt. Vernon for 26 years. He knows every inch of the town, right down to the dates that water towers were built (“1964″ he says as we pass one)and where everything used to be(” where that is now used to be a filling station” he says as we pass a bank.)

The taxi service is run by the city, and Ronnie was the only driver for most of its history. He’s carried over 268,000 passengers during his career, not all of them on the up-and-up.

“I went out to a hotel and I didn’t know he was a bank robber at the time,” he laughed about one of his many customers.

He’s tried to retire several times. But the townsfolk won’t let him.

“We want him to stay,” said one passenger.

“He’s been a godsend,” said another.

For one thing, the taxi service is essential in a town that has a veterans home with residents who have limited mobility.

“If it wasn’t for Ronnie we’d have no outlet here at the home,” one resident explained.

And for 53 years, he’s been a member of the volunteer fire department along with his brother Donnie. They’re identical twins, although Donnie says not so much anymore.

“He’s driven the taxi so much he’s got more of a belly on him,” laughed Donnie.

As the older brother by five minutes, Donnie still has the right to pick on his brother. And he can still get down that pole at the fire station, although not as fast as he used to.

Donnie says the five decades with the fire department has been difficult at times.

“I’ve seen more than anybody ought to see,” Donnie said, his voice cracking. “I’ve had to take out 35 people I’ve seen burned.”

And back in 1966 they survived the worst fire disaster in Mt. Vernon history when the Monsanto chemical plant near I-44 exploded. Nobody was killed, but the entire town was evacuated before the explosion, that destroyed nearby businesses and took out windows all over town.

“There was a farmer that found cancelled checks from out there in his field up near Republic,” Donnie said of the two towns separated by 20 miles.

As you can tell, these guys could write a book about all they’ve been through. And hopefully there are many more chapters yet to come.